Henry is similar to Vinnie, in that he is a hand built car, but he was built in 2009 and is styled more on the lines of a 1910 carriage.

Like Vinnie, there is a rear bench seat, which will easily accommodate two adults, and opposite there are 2 pull down seats, 1 for one person and 1 for two people. There is also room for one adult next to the driver. 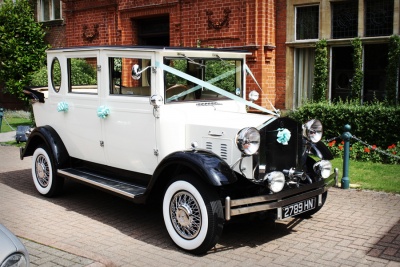 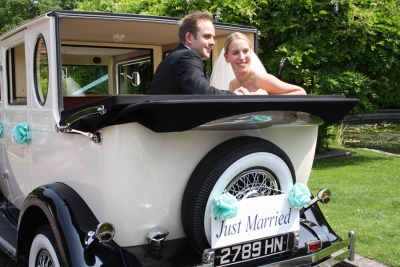 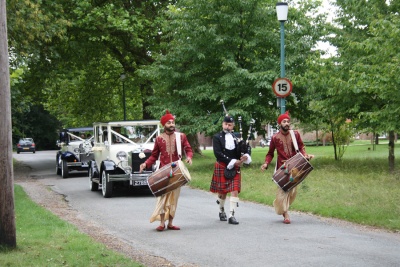 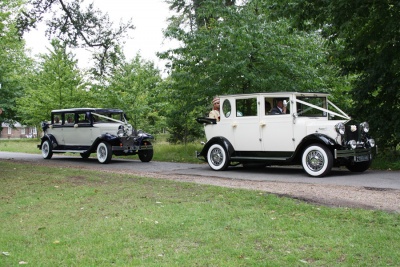 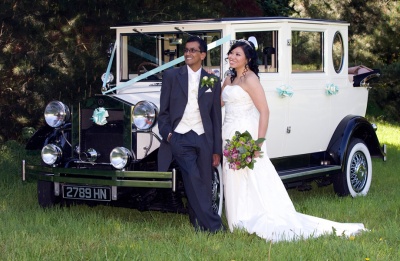 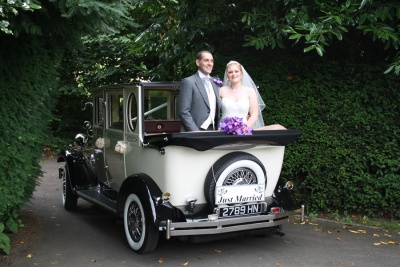 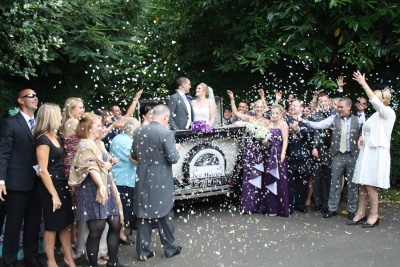 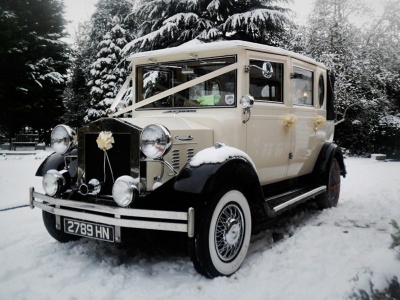 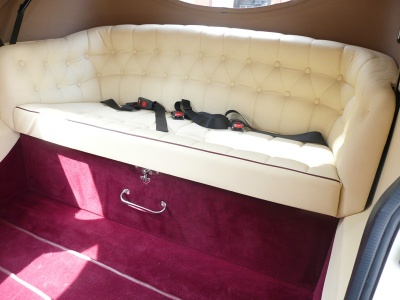 Henry is finished on the outside in black and Old English white (cream) and looks equally as impressive as Vinnie. On the inside the seats are cream leather with a red trim and red carpet to the floor. 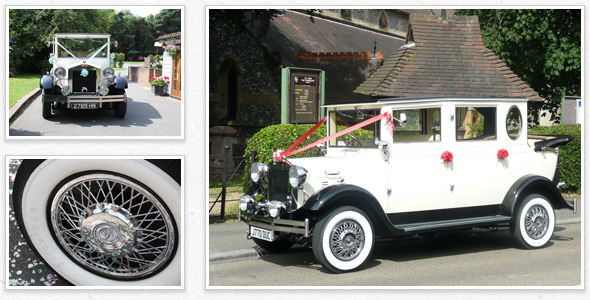 Henry started life as a London taxi (black cab) and maintains the original chassis, engine etc., but the body was removed and the hand built body put on. He therefore maintains the reliability and manoeuvrability that black cabs are famous for, but we think he's better looking than the standard taxi!

This car has been designed very much with the bride in mind - the door is nice and wide for easy access and, in addition to the running board, there is a step, which makes entry and exit to the vehicle much easier. Also, the hood has been designed along the lines of an old-fashioned baby's pram and only requires release of the brackets each side of the hood to enable it to be dropped in seconds.

Henry, like most of our cars, gets his name from his registration number - HN, so we decided on Henry, as that was my father's name. 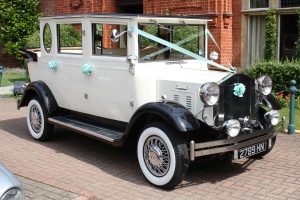 A custom built Imperial Landaulette, hand built in 2009 by the Imperial Motor Company: